You got to hope the others stay OK......at least they know.....
carolyn
An upside down dog is a happy dog dreaming sweet dreams.
carolyn
Top

It's good to see them doing well.....
carolyn
An upside down dog is a happy dog dreaming sweet dreams.
carolyn
Top

Osprey Chick KA5 fantastic to photograph the ringing of the single chick this morning at Llyn Brenig. Weighing in at 1490g, a real healthy little Boy, and right feisty. It gives me such a thrill to be so close to these amazing birds, and many thanks to Nick Roberts.
North Wales Wildlife Trust 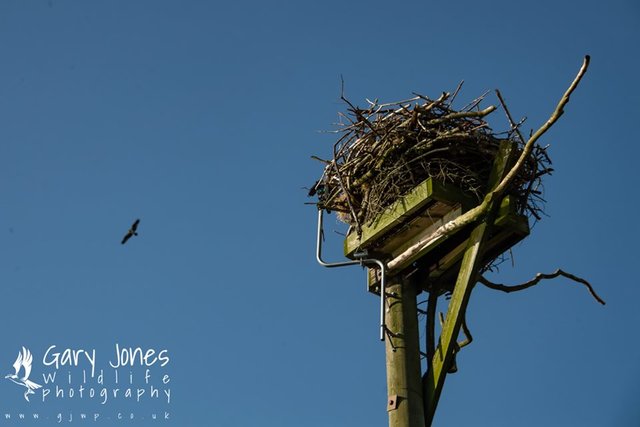 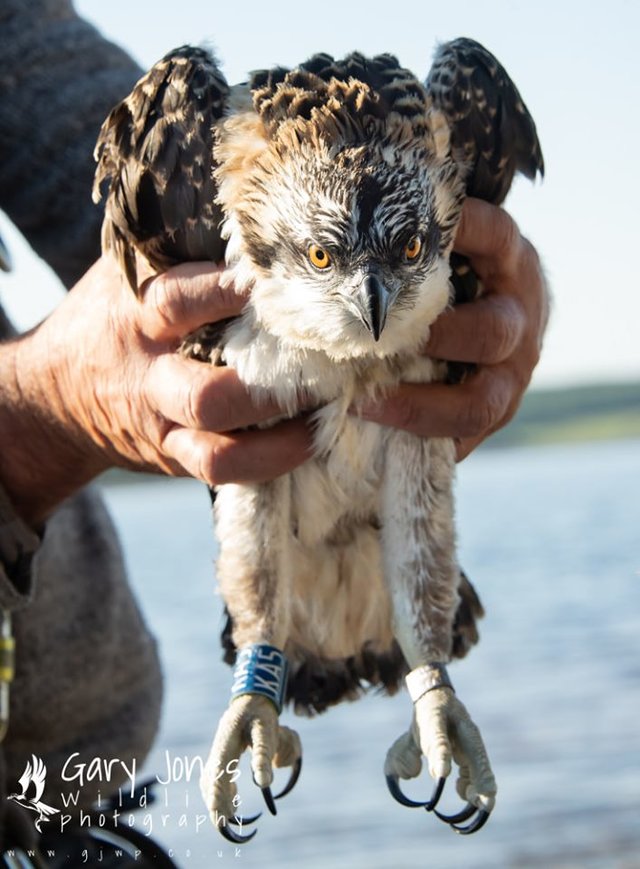 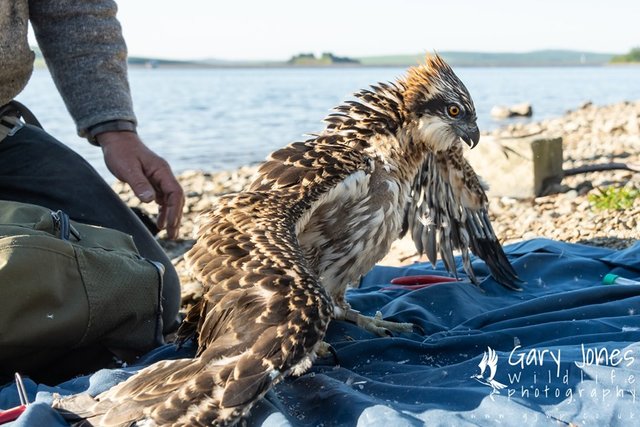 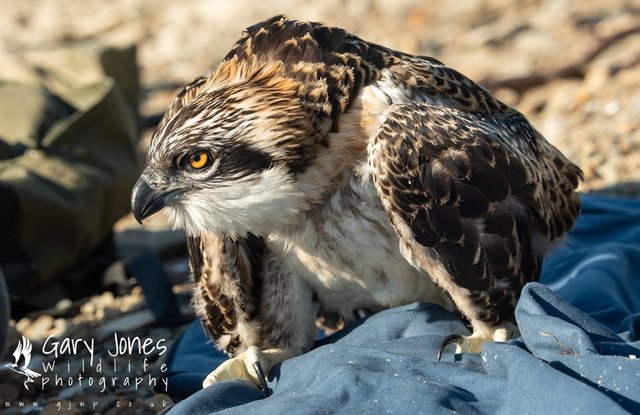 That is one beautiful/handsome boy! Sending him well wishes for a long life.
carolyn
An upside down dog is a happy dog dreaming sweet dreams.
carolyn
Top

Here is the video of KA4's first flight yesterday afternoon.
This morning she also mastered landing on the perch!

Aran delivered 2nd fish and KA 4 got it.
Aran took off and Mr G joins her chicks with her own fish.

Could this be the last time we see all four of the Glaslyn birds together this season?

We last saw Mrs G in the Glaslyn valley on this date last year, the 2nd of September. She has been seen on the nest this morning, before flying off towards the estuary. Has she gone fishing? Or have we seen her for the last time this year? We'll have to wait and see.

Aran and KA0 perched on the oak tree...

6 September: Aran, Mrs G and KA0 were all still present this evening and all three have eaten today. KA4 has not been seen since Wednesday evening, so it is looking increasingly like she has begun her journey south. Safe travels beautiful girl.

September 7th and we still have three out of the four Glaslyn ospreys with us.

It is not unusual for the Glaslyn birds to be late starting their migration, this is probably down to the fact that the female osprey, Mrs G, is a long-staying osprey. She is regularly one of the earliest birds to return from migration and one of the last to leave.

Since BGGW took over the running of the project in 2014, Mrs G has never migrated earlier than September 2nd. In the years prior to that, she was recorded as having been last spotted during August on only three occasions; namely 2007, 2010 and 2013. The protection site was not closely monitored in August during the years it was not managed by BGGW, there were fewer camera views available and no sound, so it is possible that the ospreys remained longer than our records show. In 2011 Mrs G laid her earliest ever egg on 2nd April, the last remaining chick was spotted on the 26th August that year, but both the old male, 11(98) and Mrs G were sighted on 2nd September.

We had good sightings of both Aran and Mrs G flying over the Visitor Centre with fish this morning. There might still be a chance to catch a sight of our ospreys before they start their migration south.

Interesting....probably won't be there too much longer?
carolyn
An upside down dog is a happy dog dreaming sweet dreams.
carolyn
Top