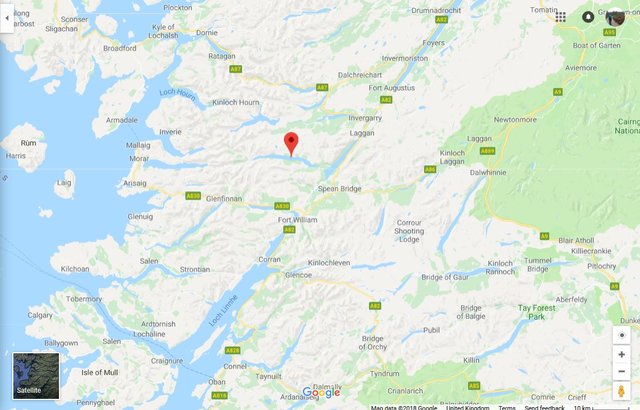 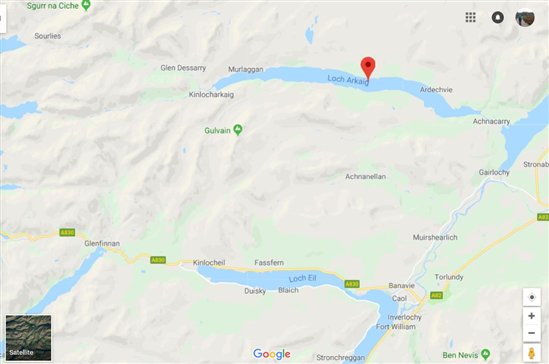 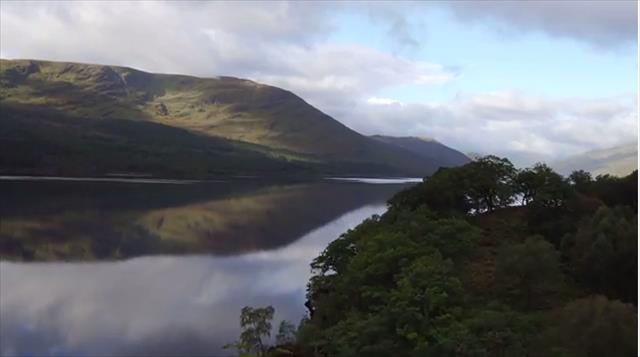 
Female joined by eager male with clump, he postures, flies off 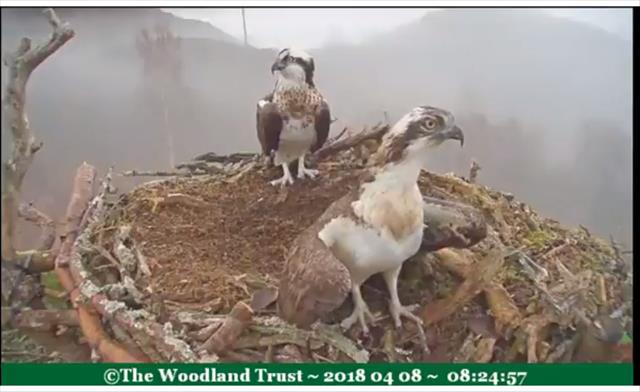 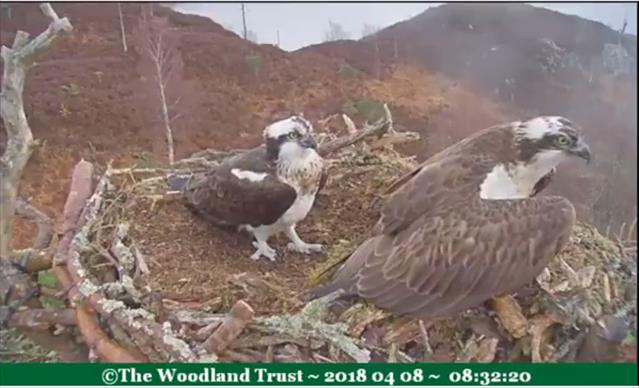 
Louis with half-fish for Aila, delay, Louis did LOTS of nestcupping 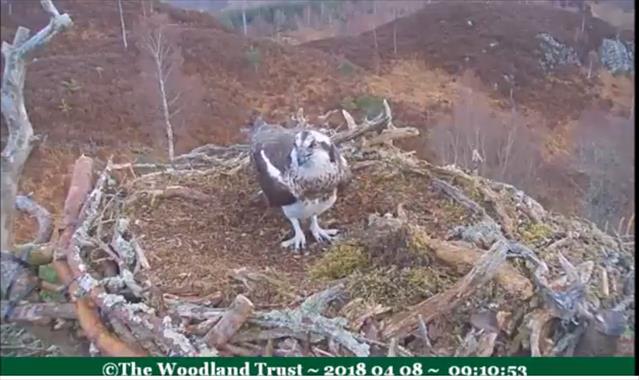 Here are "All the best bits from the Loch Arkaig Pine Forest osprey camera, Summer 2017, in 2.5 minutes", from the Woodland Trust.

2008 A pair may have started nesting at Loch Arkaig

2017 The nesting platform used by the birds for more than ten years has been rebuilt almost from scratch as, with the birds adding new material every spring, it was beginning to sag under its own weight

Unringed m 10 April named Louis m arrived. Inconclusive whether same 10-yr male, but later concensus was that he was a first-time breeder

22.39 Owl on the nest. Spooked Aila who flew off.
A slow start but the action is here.

The Loch is home to otters (three orphans were released in the late autumn 2017) Pine marten have been seen on the nest. WTE and Osprey breed. It's about time I tried to get back there!

the mist drifts in and out...and yet the SUN is still on the nest

All I can say is "Oh No" for them. There is a great article if you look on cam about how happy we would be for Pine Martin family. True......It's all a balance of nature. There are many breeding pairs of osprey in that area so as they said some will hatch, grow and migrate and these two can be osprey this season.
carolyn